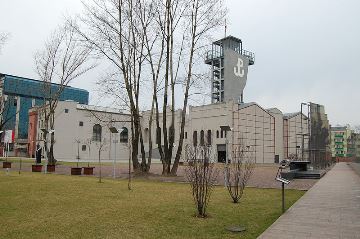 
Warsaw is one of the most vibrant and beautiful cities in Poland - not to mention in Europe. What was once a heavily attacked and war-ravaged city, has now grown into a metropolitan hub that attracts visitors from around the world. There are plenty of visitors' attractions and tourists' spots which will keep you busy for days - from the traditional Wilanow Palace to the modern National Stadium there is something for everyone. Whether you are only spending a long weekend in the city or are planning on an extended trip, why not visit one of these five spots throughout the city?

1. Take a walk through The Old Town.
Warsaw's historic old town is an example of the incredible devotion of the city's population. After WWII around 85% of Warsaw lay in ruins, including many of its historic buildings, cathedrals and palaces. It was decided that the city's historic centre would be re-built, to look exactly as it had before the war. What followed was a 5 year labour of love, in which The Old Town was meticulously recreated from ashes and rubble - buildings from the 13th century right through to the 20th now stand as they did before the war. The old town square (Rynek Starego Miasta) was granted UNESCO World Heritage Status and is now one of the most popular destinations in the city. Take a landmarks map with you, as you wander through this historic area, so that you can learn what buildings you are passing and properly soak up the history of the area.

2. Visit the Lazienki Park and Palace complex
Located in the central district of Warsaw, this beautifully planned park complex houses Lazienki Palace, The Palace on the Isle, the White House, plush green gardens and The Old Orangery to name but a few. It has long been a popular tourist spot, but it is also popular with the locals. The complex covers some 76 hectares and so is perfect for long, leisurely afternoon walks. The park itself is open from dusk until dawn and you can visit the numerous historic buildings from 9am - 4pm daily. Plus every Sunday from May to September you can enjoy listening to Chopin concerts, first at noon and then again 4pm. The concerts are held beside the Chopin Monument, which incidentally was the largest Chopin statue in the world up until 2007. If you are planning on making a day of it at the complex, make sure you take suitable clothing for changing weather such as waterproof jackets or a light rain jacket.

3. The National Stadium
The building of Poland's largest state-of-the-art stadium was completed in 2011, ahead of it hosting the UEFA Euro 2012 opening match. The National Stadium was built on the site of the former 10th Anniversary Stadium and has a capacity of more than 58,000. Visitors to the stadium can take various themed tours around the building, one of which allows you to take in a scenic view of the stadium from the lower grandstand. As it is located a close walking distance from The Old Town and The Palace of Culture and Science, this is a great stop for architecture lovers and sports fans alike.

5.The Warsaw Uprising Museum
This is a great visit for history buffs. Located in a former trams power station, The Warsaw Uprising Museum was opened for the 60th anniversary of the unrest which spread throughout the city during the uprising against Nazi occupation. Visitors are lead through the history of Warsaw, the Nazi occupation and the uprising and how the city has changed. The biggest tourist draw is the replica of the bomber plane Liberator B-24J. There are almost 1000 exhibits to visit at the museum, so everyone can find something that interests them.

On your next trip to Warsaw make sure that you check out one or all of these fantastic attractions. Aside from museums and historic buildings Warsaw also has a growing night life, great restaurants and bars and the tourist trade is continuing to grow. Make sure you don't miss out on all it has to offer!