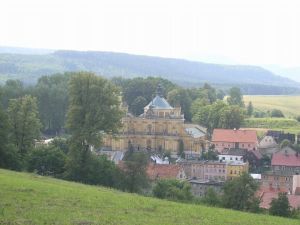 
The Stolowe or Table Mountains situated in the central part of the Sudety Srodkowe of Poland is a unique landscape that you should definitely make an effort to see. In 1994, the Stolowe Mountain National Park was established here. It has turned into a major tourist attraction now.

The relief of the Stolowe Mountains has been shaped over the past 70 million years. At the beginning of the Tertiary period, the sea withdrew resulting in the folding of land into the Alpine Mountain system, creating many fractures on the land surface. At first, the land was inclined to the southeast with a surface of cracked sandstone. The sandstone was in horizontal layers with characteristic floors that gave it the name of Table Mountains. Since then, the slab has undergone a process of erosion and weathering which broke it into separate hills and ridges. The Stolowe Mountains thus formed, has a number of beautifully shaped rocks that comprise the main tourist attraction of the area.